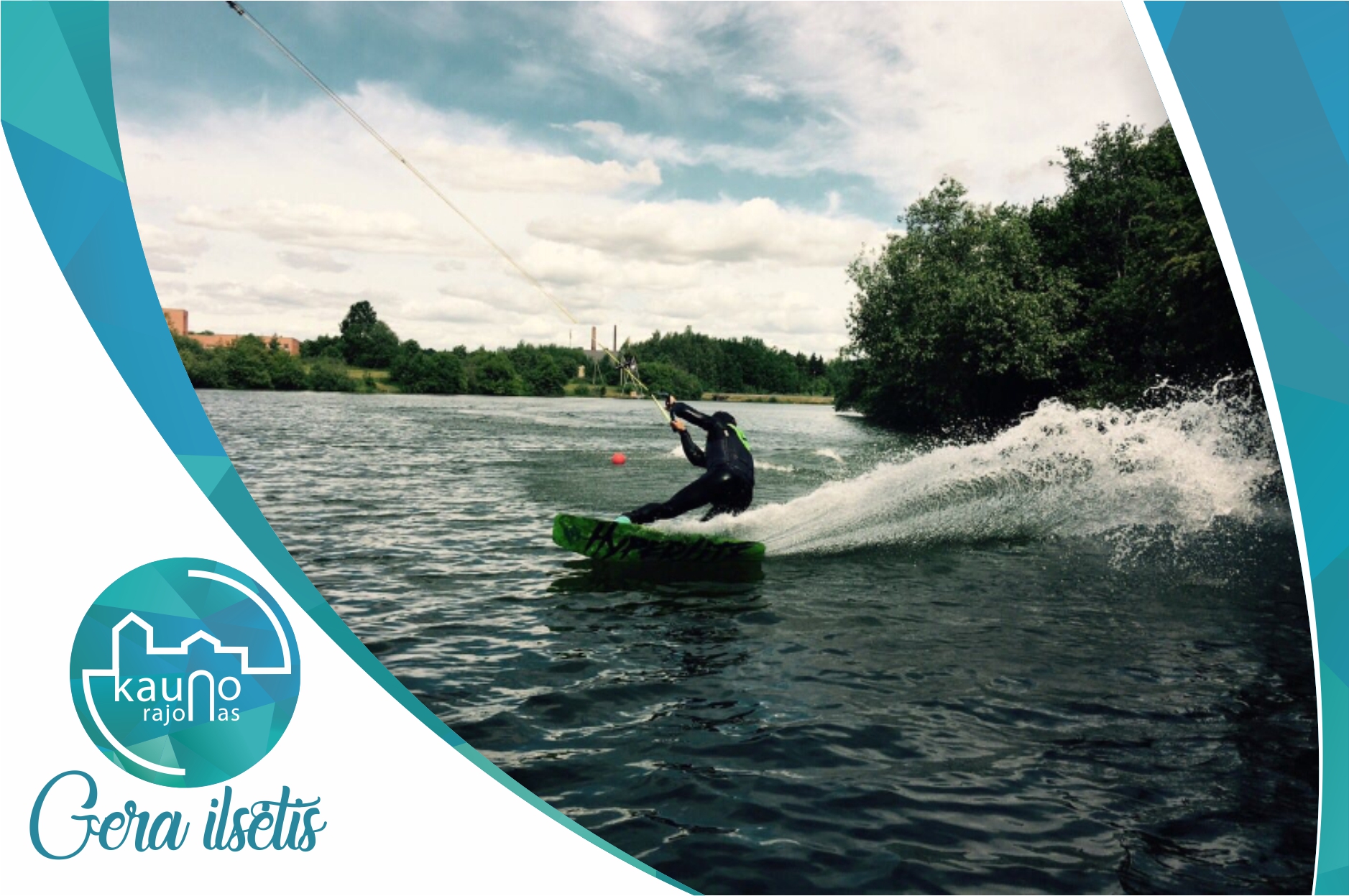 Kaunas district municipality, implementing the project of a Small tourism ring in outskirts of Kaunas, plans to build one more bicycle path connecting Kacergine with Zapyskis. The municipality plans to construct a rope lift across Nemunas river at the church of St. John Baptist until 2020. Special gondolas that will ascend to a height of 42 meters will transport cyclists across the river to Kulautuva. Thus cyclists will also have a chance to admire an impressive valley of Nemunas river. 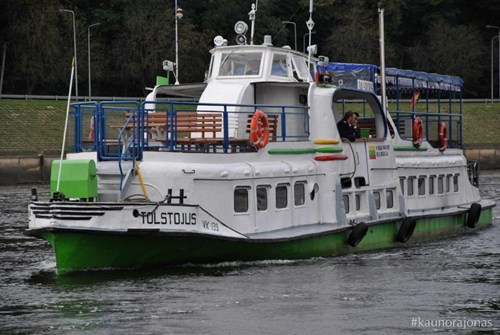 assengers are invited this year to take a trip by the boats “Algirdas“ and “Nemunas“ and to sail in Kaunas Lagoon to Kruonis and Lithuanian Folk Life Museum in Rumsiskes. The trip is perfect choice for people who wish to have a good time. The passengers may also choose cruises to Birstonas.

People are invited in this year by Kaunas District and Kaunas City Municipalities to take a trip by a legendary boat “Tolstojus” and to sail to Kulautuva. Duration of sailing on a route of inter-war period Kaunas-Kulautuva-Kaunas is three hours. The travelers will spend another two hours jaunting and having fun in Kulautuva. A guide will make the tourists familiar with Kulautuva town and take them to a renewed path in the forest.

We invite the passengers to travel on Sundays by the boat “Kaunas” from Kaunas Old Town pier to Raudondvaris. A guide will make the tourists familiar with Raudondvaris castle manor, Lithuanian Renaissance architectural monument of the beginning of the 17th century, its past, masters and cultural life. We invite to sail on Saturdays to Kacergine.

Tourists enjoy a zone of water tourism and recreation services in Vilkija, on the bank of Nemunas river. Thus far it is the only zone of this type in Kaunas district. The only river ferry in Lithuania that has survived from the old days still operates in Vilkija. The ferry started its operation in the beginning of the 20th century. It was used for transportation of people accross Nemunas river to Suduva region. A boat house was equipped next to the mobile pier in 2009.

Vilkija boat house offers an opportunity to sail on various routes of Nemunas and Dubysa rivers by canoes, 4-paddle boats and a sightseeing boat and other entertainment.

Kaunas District Municipality and Algirdas Unikauskas, the owner of Vilkija boat house, have initiated revitalization of water tourism in Nevezis river and organisation of sightseeing river tours by flat-bottomed eight-seater boats. The tourists have a chance to see three manors of Kaunas district located near Nevezis river, namely Raudondvaris, Kaciuniskis and Zemaitkiemis (Babtynas) manors, during the trip as well as to visit the branch of J. Naujalis museum in Juozapas Liekis homestead, the Centre of Crafts, to admire awesome views of Nevezis Landscape Reserve, wildlife and vegetation of the river.

Establishment of yachtclub with a tourism base, a camping with all necessary infrastructure, equippment of mobile piers, skiing centres, bicycle and car tourism routes are planned in the recreational zone of Kaunas Lagoon.

Kulautuva has been recognized as a rapidly developing resort area. Ir is characterized by a health-friendly microclimate as it is located in the pinewood that has a healing effect on people. Visitors from the city arriving to Kulautuva of weekends admire its picturesque landscape and a well-kept recreation environment. Kulautuva is surrounded by a beautiful, dry pinewood that is extremely suitable for strolling and relaxing. There are 2 rural tourism homesteads, Youth house and a mobile pier in the town. A wellness and recreation path has been equipped, the project of forest management has been implemented, an outdoor stage has been renewed in the pinewood. The visitors can use a beach on the bank of Nemunas river during a summer season. 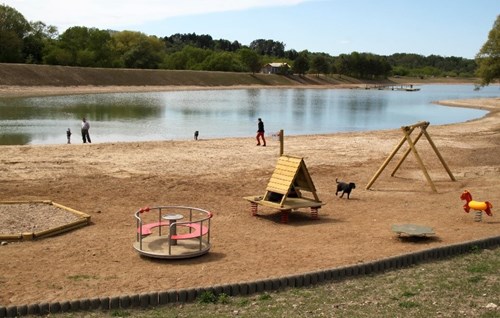 A gravel quarry located in Kulautuva has been fully prepared for its use by vacationers. Its clean and tidy looking territory looks, newly equipped car parking lots and children playgrounds invite the visitors to the resurgent town of Kaunas district.

The first golf course in Lithuania was built in Didziosios Lapes village of Kaunas district in 2001. The course invites both Lithuanian and foreign golf lovers. Commercial hunting of the sika deer is organized in the site too.

Pagonija rock, the only artificial rock in the Baltic States designed for climbing, is especially attractive place for lovers of active leisure. Everyone can test their courage, endurance and agility by climbing to 13.5 meters high rock. There are 12 different climbing tracks. The visitors can also choose another form of amusement that was introduced in 2007, i.e. “a cobweb of Pagonija” – climbing at the height of 10 meters on extreme rope elements.

Lithuanian racing circuit for cars and motorcycles “Nemunas Ring” that is famous both in Lithuania and abroad is located near Kacergine, 16 km away from Kaunas. Various auto / moto competitions, championships are organized all year round and lessons of extreme driving are held in the circuit.

People who love spending their leisure time in an active way are welcomed in wakeboarding parks located in Noreikiskes and Kulautuva. The parks invite the visitors wishing to experience new things by flowing on the water surface.