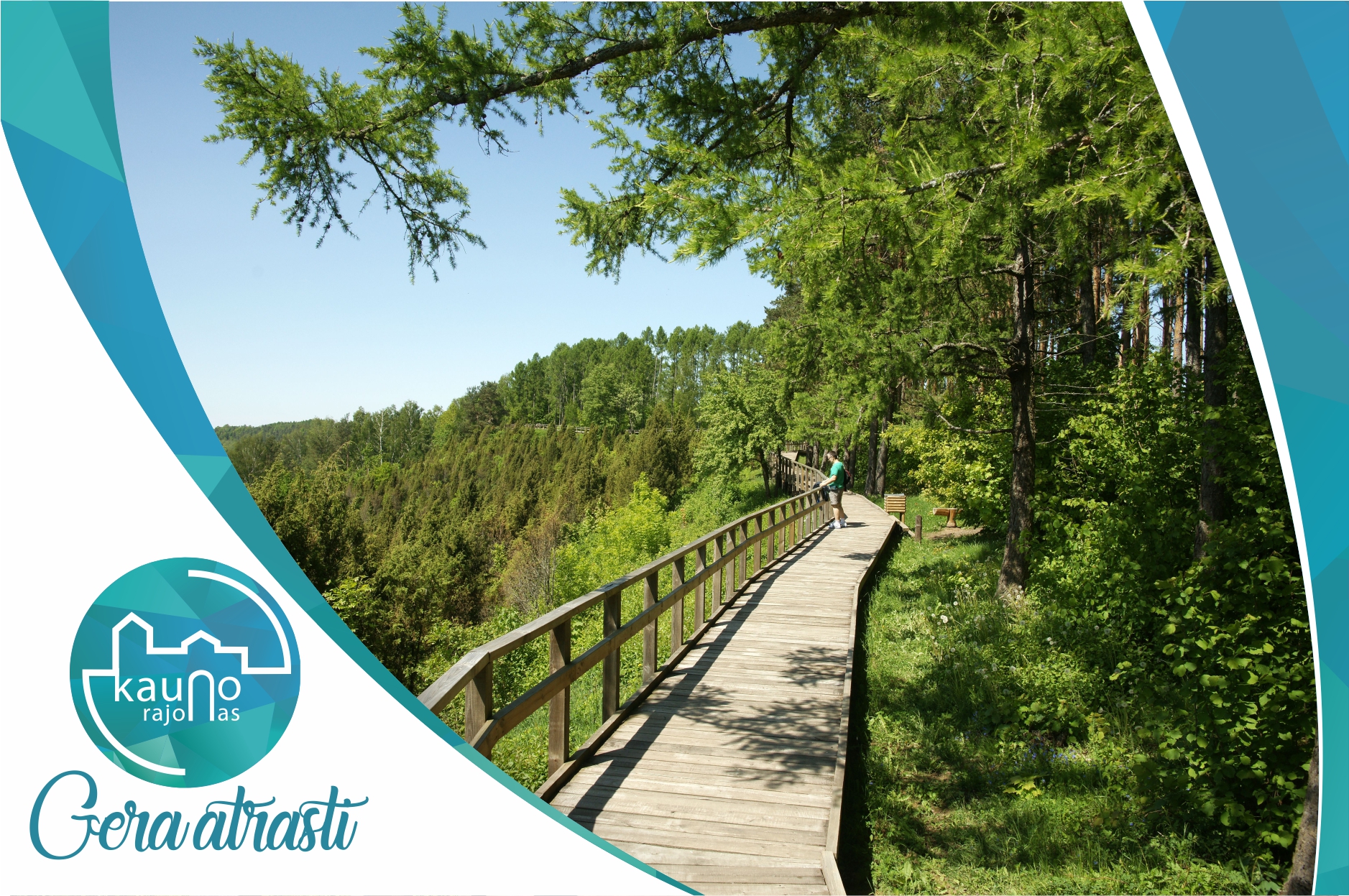 Kaunas district is a green region also known as the green emerald of Lithuania. It is located at the intersection of three largest Lithuanian rivers – Nemunas, Neris and Nevezis. The district is famous for its natural and cultural heritage. It is a place of attractive river meanders and valleys, Kaunas Lagoon Regional Park and the intact nature of natural reserves. The local architectural masterpieces, former manor homesteads represent a great choice for lovers of ancient times. Monuments to country's heroes and museums help restore historical memory.

Zapyskis that is proud about its Gothic church of St. John Baptist built back in the 16th century is one of the most impressive places in Kaunas district. 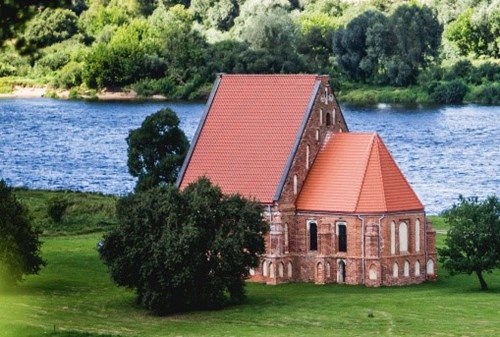 The church built on the bank of the Nemunas river, the monument of Gothic architecture, is under custody of and protected by the state. It is adapted for cultural needs.

The indoor space of the building is characterised by great acoustics. Therefore, the church serves as a venue of the Pazaislis Music Festival and other concerts of chamber music.

The recently rebuilt ensemble of Raudondvaris Manor Homestead that was originally built in the 17th century is a place that attracts both the locals and the guest of Kaunas district.

The manor is located in the upper terrace of the right bank of Nevezis river, near the intersection of Nevezis river and Nemunas river, 9 km away from Kaunas, in the direction of Jurbarkas. The castle-palace with a tower built in the second part of the 17th century is the main building of the Raudondvaris ensemble. The palace together with two buildings of officines (servants‘ houses), orangery, stables and icehouse located in the territory of the park with an area of 3.8 ha form the overall ensemble of the manor.

The park looks charming during the summer season for its green areas and flower gardens with bloomy old rose breeds that were returned to the manor. The renovated manor castle is a venue of civil marriages of Kaunas district, conferences, concerts, commemorations of public holidays. It is also a place of Kaunas District Museum. Kaunas district tourism and business information centre was opened in the icehouse. The Arts incubator started its operation in the stud of Raudondvaris manor in the Autumn 2015. It is a residency of the artists of Kaunas district and entire Lithuania. A theatre and concert hall which can accommodate 500 spectators was also equipped in the premises of the stud. The spaces adapted for public use were rated excellent by high-ranking guests. The Presidents of three Baltic States, the Heads of the state parliaments of European states, diplomats of various countries have visited the manor. A mobile pier of Raudondvaris is equipped at the foot of the castle, on the right bank of Nevezis river.

Zemaitkiemis (Babtynas) manor that was built more than 500 years ago invites the visitors to admire the surrounding views, to spend time in entertainments and even to stay in the manor for the purpose of personal celebrations.

Kaunas will surprise everyone who is longing for the nature and unique views by its twenty mounds. The visitors can observe impressive valleys of Nemunas river and towers of the towns when standing on some of the mounds.

Legendary Altoniskiai and Jadagoniai mounds can be found in Zapyskis eldership. It is said that an eternal fire used to be burnt in bygone days on Altoniskiai mound (aka Altona hill) and gifts for the Goddess Altona, a patron of grooms, used to be sacrificed by burning.

The great part of Altoniskiai mound is covered with trees. Notwithstanding this, a beautiful view can be observed through one clearing. A riverbed and meanders of Nemunas river can be seen. The towers of Vilkija church are standing out in far distance, on the other side of the river.

A path of Arlaviskes botanical reserve or Juniper valley in Taurakiemis eldership, that was recognized as the most beautiful path in Lithuania, will strongly amaze its visitors.

Outcrops, white-waters and springs can be admired and eroded shores of Kaunas lagoon can be seen while walking along Ziegzdriai geological path.

Many rare and interesting plants can be found, various birds can be heard, wild forest animals can be seen in Pakalniskiai cognitive path. A lot of excitement can be experienced because of unique diversity of terrain while walking along this path. The path stretches through Erosive hill area of Girionys whose hills strongly resemble mounds.

Interesting Dubrava reserve area is a place of preserved rare forest habitats. A cognitive path with a length of almost two kilometers twists through all most interesting places of Dubrava reserve. The same path stretches through a part of the swamp on the planted boards.

Kacergine and Kulautuva  that are characterized by a resort tranquillity attract the visitors who wish to relax and simply to breathe a sigh of relief. Pine forests, Nemunas river that flows nearby, a beach and traditions of resort treatment. These two towns and a part of Zapyskis were recently granted with a status of resort area.