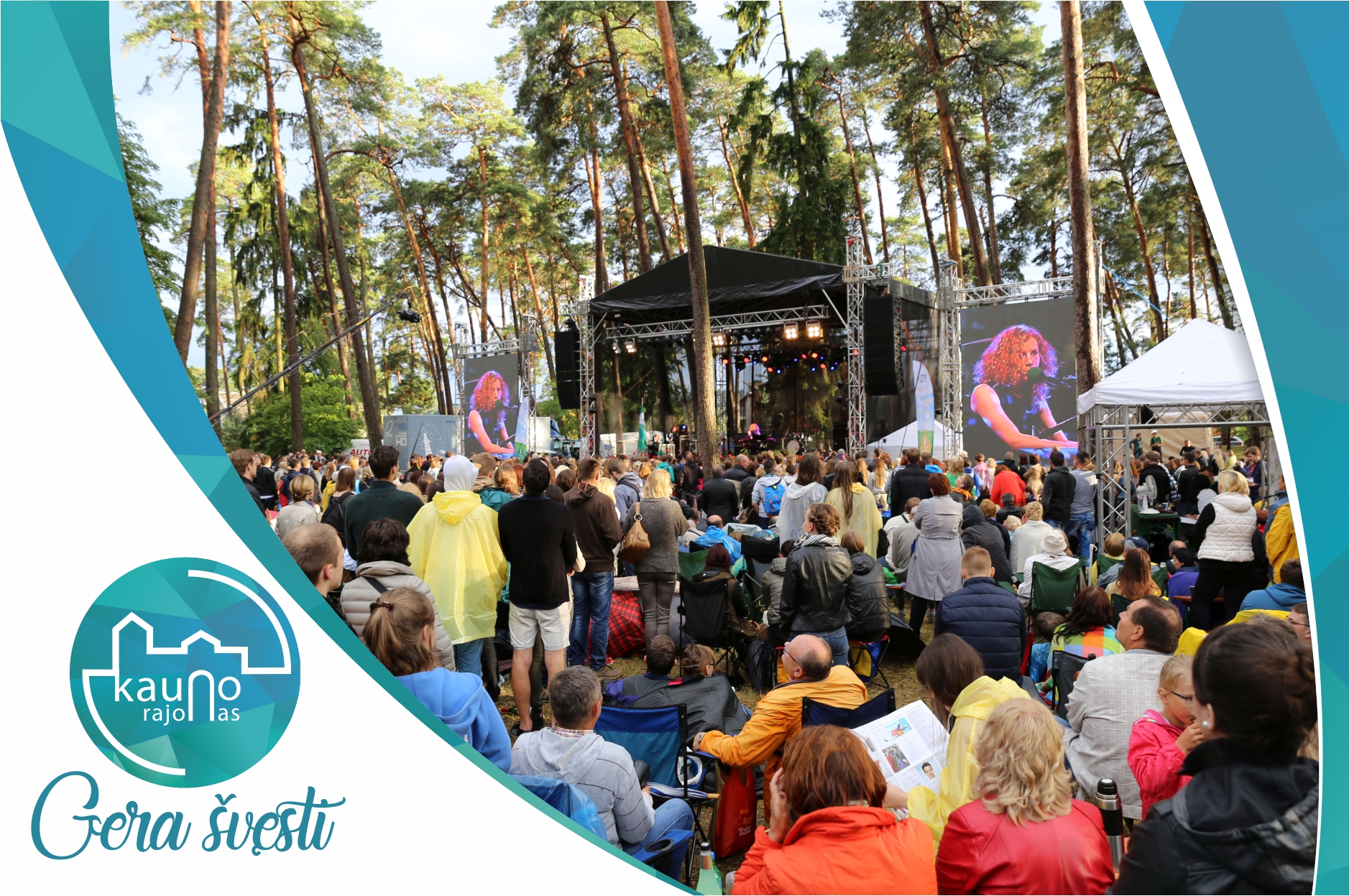 Lots of annual traditional events that attract people from various places of Lithuania are organized in Kaunas district.

One of the largest agricultural exhibitions in the country “Ką pasėsi…” is organized in Aleksandras Stulginskis University for more than 20 years now. The latest agricultural machinery is presented, various seminars are held on a wide range of topics, starting from the national system of quality of agricultural machinery and food products to fire safety news, during the exhibition. The lecturers and scientists of the University share their knowledge and experience through direct cooperation and consultations.

In mid-spring dog lovers and people who enjoy time spending in the nature are invited to Jadagoniai pine wood where the international tournament of dog carting is organized. The winners of the tournament are prized with a cup of the Mayor of Kaunas district. Apart from traditional dog breeds from the northern regions, the spectators have unique opportunity to get familiar with the fastest dogs bred specially for the sport of dog carting, namely Alaskan huskies, Norwegian metis dogs, greysters, European dogs.

Traditional republican Festival “Kites for Earth and Sky” is celebrated every year in Zapyskis at the church of St. John Baptist. The festival organized in one of the most beautiful places of Kaunas region, next to the church of St. John’s, the gem of Gothic architecture, attracts thousands of people who lift their own kites to the sky. The residents of Kaunas district and its guests are offered not only an opportunity of spending time in an open warm summerish air and a beautiful nature but also an opportunity to visit concerts, kite workshops and various competitions. 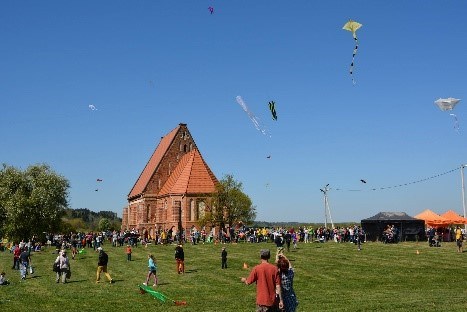 Kaunas District Song and Dance Festival that is organized every two years in Kulautuva is very popular among lovers of this kind of events. The best folklore, folk dance collectives and choruses of Kaunas district demonstrate their performances on the stage of the festival.

Raudondvaris manor invites the guests to traditional festival organized on the 6th of July which is the State Day of Lithuania. “Lithuania in Raudondvaris manor“ attracts the visitors by offering festive concerts, theatrical performances, various cognitive attractions. The annual festival of bards “Alley of Acacias” is organized every year in July in Kulautuva. The festival is highly popular both among the residents of Kaunas district and the guests. Many fans of bards gather in the festival. The festival is little by little becoming sort of a counterbalance for commercial musical events.

Land Art, the international festival of land art, invites artists from various countries of the world. The artists create various compositions, sculptures, objects that are subordinate to nature in the park of Raudondvaris manor castle. Natural materials available in the park and around it are used for creation of aforementioned objects. The pieces of art are left in the park after the end of the plain-air and kept there until they fully decompose and return to the nature. Their shape, structure, beauty depend on the season and air conditions directly affecting and changing the pieces of art.

The feast “Feet on the bottom of the lagoon” is organized every year in Samylai where the visitors have a chance of getting back to the past when there still were homesteads standing and people lived their lives on the present bottom of Kaunas lagoon.

All 25 elderships gather together every year in “Rudens sambariai“. The representatives of the elderships present the annual harvest and their region in imaginative and creative way. It is a feast of entire community. But it mainly focuses on farmers. The visitors can try rustic cheeses, home-made bread, honey, skilandis, sausages, other delicacies. Family sports tournaments, national games are organized in the park of Raudondvaris manor castle. The Mayor Valerijus Markunas, who is the patron of the feast, together with his team, serves a specially cooked stew for the guests.

A spectacular event of putting lights on the main Christmas tree of Kaunas district is organized every year in Raudondvaris manor at the beginning of December. Fairy-tale characters gather together in the festival. The guests can visit the Artists' Fair. Music and spectacular decorations help create Christmas spirit. This festival officially marks the beginning of Christmas period both in Raudondvaris and in entire district because Santa Clauses representing 25 elderships spread the Christmas spirit around entire region of Kaunas outskirts.